There have been four cemeteries in St. Catherine’s at various times in its history, and two of them remain today. A protestant cemetery and church existed in the early days at the southwest corner of the junction of the fourth range road (Jacques Cartier boulevard) and boulevard Fossambault. The church, a wooden one, had disappeared by the 1860’s although the Graveyard remained until 1932 when the remains of eight bodies were exhumed and re-interred in Valcartier in the Christ Church Anglican cemetery.

The first Catholic burying ground was located on the river bank to the right of St. Catherine Church – the present green space on which there was until very recently a statue of The Blessed Virgin. However, sometime in the 1870’s, during a spring flood, a part of the river bank bordering the cemetery was torn away. Alarmed that a future flood might wash the cemetery into the river, it was decided to move it to a new site – ­the present old cemetery opposite the church parking area. The land for this was purchased from James Sutherland in 1875. A bee was then held of all the able-bodied men in the parish to dig up and remove the remains of the dead pioneers to the new location, and the story is told, that, during the exhumation, Patrick Maher, brandishing two skulls he had just dug up and, rapping them briskly together to remove the adher­ing clay, exclaimed: “Oh poor Pat and Mick Howlett  — “Boy, oh boys, but they were the grand fighting men! ”

The old timers referred to the first cemetery as “Dunn’s acre as the land for it had been  acquired from Dennis Dunn, and very often when someone was ill and deemed unlikely to recover, the mournful prediction would be made: “Ooh, poor Tom; he’s not long for Dunn’s Acre”.

Interments rarely take place in the old cemetery today although families owning lots there are entitled to bury their dead in it, A new cemetery was opened in the 1940’s on the left hand side of the lower fourth range road, and is unique in that all the grave marker’s consist of low white stone crosses on which the family name only of the interred is given. This cemetery is on rising ground and the uni­formity of the headstones spreading in serried ranks above the cemetery wall give it a very pleasant appearance, but future local historians and people from elsewhere seeking  information about their ancestral roots, will find little information in it.

Over 100 years ago, there was also an Anglican Church in Ste-Catherine.  The late Andy Taylor was the last of the “old” Protestants in Ste. Catherine.  He remembered the church being the Protestant Church of England, but the church he never saw, only heard that it once existed.  Up until 1968, there was an Anglican church operated at Lac St. Joseph in the summer to supply religion to the English tourists there.  Some of the old timers who were Protestant were the Hendersons, Morrows, Taylors, Scarces, and Meehans.  Over forty years ago, Jim Hewitt started a petition and was successful in having the remains from the old graveyard relocated to the cemetery at Mt. Hermon in Sillery, where they would be better cared for.

In the early history of the Ste-Catherine settlement, the Catholic graveyard was situated between the church and the river.   A destructive flood in the early 1860s washed a part of the riverbank and the cemetery away.  Therefore, the remaining graves were moved to a new site, which is presently opposite the church parking area.  In 1945, Ste. Catherine found itself in need of a new cemetery and chose a site on Laurier Street.  The blessing of this cemetery took place on July 15, 1948 by Father Louis-Rene Dionne.  In the old graveyard, the Irish are buried in the front rows, while the back rows have more French names – which depict the changes in the congregations over time.

Click here to jump to the transcriptions for the Old Catholic Cemetery.

Click here to jump to the transcriptions for the New Catholic Cemetery.

Gravestone images photographed by Patricia Balkcom, 2012.  The Cemetery was only partially photographed

Images of Gravestones are arranged alphabetically according to the first person listed on a stone.  This may be a husband or wife or another family member, so search for the image by using the possible surnames in that family, including maiden names.  Each image can be magnified by clicking on it. 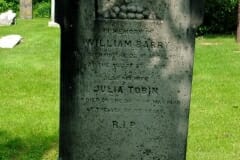 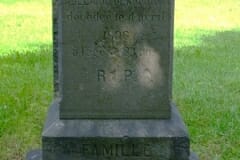 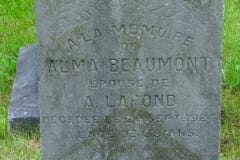 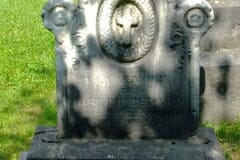 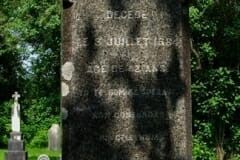 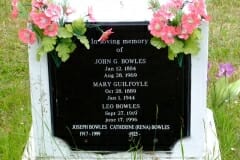 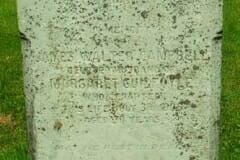 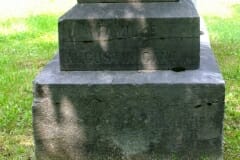 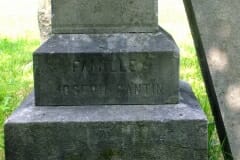 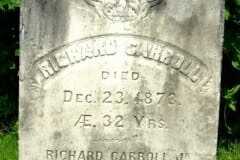 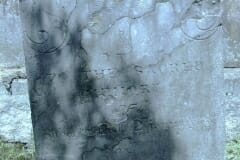 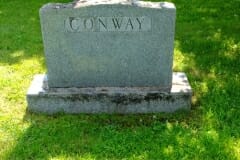 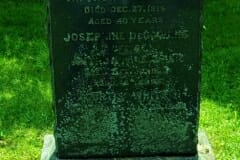 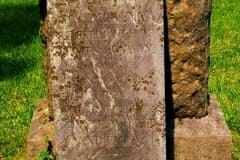 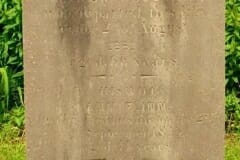 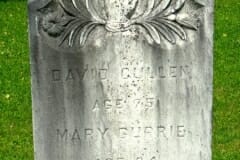 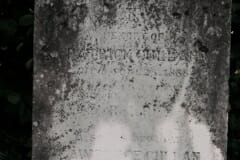 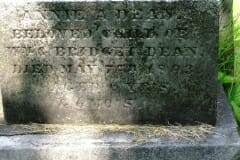 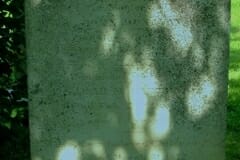 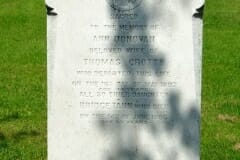 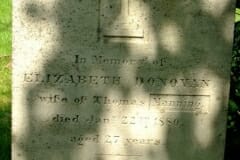 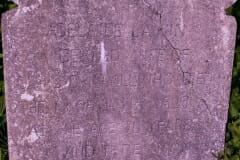 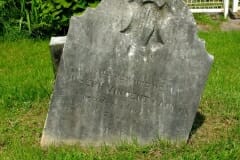 Transcriptions provided by D. Clark McIntosh, 1995.  Not all stones were transcribed.

Click on the green plus (+) sign to see if there is any further information on each person.  You can view with Excel or Print, etc. by clicking on the boxes.

Transcriptions provided by D. Clark McIntosh, 1995.  Not all stones were transcribed.

Click on the green plus (+) sign to see if there is any further information on each person.  You can view with Excel or Print, etc. by clicking on the boxes.