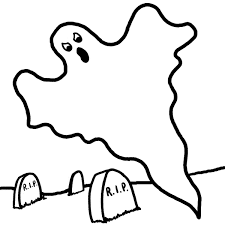 When my grandfather, Michael Woodlock, died in 1927, I went to the wake with my father one evening, and recall being seated in the kitchen near where three men: William “Rushabuc Bill” Conway, Willie Hayes and Bill Landers were telling ghost stories. Being only twelve years old, the stories made quite an impression on me. I particularly remember one told by “Rusbabuc Bill” about a resident of Pine River returning home from Lorette one summer evening long ago and what befell him on the long swamp section of Gosford Road.

It was not quite dark and the driver had reached a point a short distance from the bridge over Riviere aux Pins – known to us more recently as Maurice Conway’s bridge – when the horse stopped suddenly, as if a great weight had descended on the wagon, and almost tumbled the driver from his seat as it did so. After righting himself, he peered anxiously about, but seeing nothing that might have caused the animal to stop, he urged it on again with a few slaps of the reins. The horse responded with all its might and pulling desper­ately  finally got the wagon rolling again very slowly, its hooves (Bill said) up to the fetlocks in the dirt of the road and the wagon wheels leaving deep furrows in passing; all the while snorting in terror and attempting to look back over its shoulder as if attempting to see the intolerable burden that had been placed upon it. The driver, his hair standing on end, when he realized that something out of the ordinary was occurring and that he was sharing the wagon with some unearthly mighty presence, became panic-stricken and frantically drove the poor animal onward with shouts and blows .

Finally, after what seemed an eternity to man and beast, the nearly exhausted horse, its flanks heaving and soaked with sweat, managed to drag itself and wagon up onto the bridge. The instant its hooves struck the planking, its burden left it as abruptly as it had come. Tom Conway’s place was nearby and when the driver still shouting, drove into the farmyard, Tom came out to see what the commotion was all about. “Don’t tell me you galloped all the way from Lorette?” he asked. The driver denied this and told what had happened. Tom heard him through and nodding, said, “Yes. well. that has hap­pened before. “