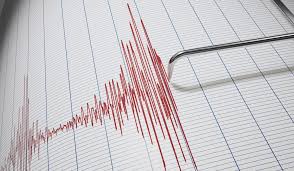 Valcartier and the surrounding areas have experienced their share of earth­quakes over the years. For the most part, they were minor tremors hut some of them were quite severe. In November 23, 1988, a minor quake, measuring 4.4 on the Ritcher Scale awakened us from our slumbers at 4:20 in the morning. It did not cause any damage. Two days later, a more severe quake was felt on November 25, 1988, at 6:50pm measuring 6.2. This earthquake caused considerable damage in the Valcartier district and in the stores, bottles and packages were knocked from their shelves. In some areas the power went off making the disaster more sinister. Several accidents occurred in the surrounding cities attributed to the power failure.

In Valcartier, the Catholic Church suffered some damage. Plaster was loosened and fell from the ceiling, especially on either sides of the altar. The Presbyterian Church also suffered some damage. The chimney was damaged and had to be replaced, and also some plaster fell from the ceiling. In Quebec City most damage was caused to St. François D’Assize Hospital where the damage was estimated at $1,000,000.00.

The most severe earthquake experienced by this writer took place in Quebec City on Saturday, February 28, 1925 at 9:25 P.M. This quake registered 7 on the Ritcher Scale. We were at Hubert Shea’s residence and playing cards at the time. I remember the way the table and other furniture bounced around while we were struggling to get outside. It was one of the most frightful experiences of my younger days. Mr.and Mrs. Shea were not in the least affected and did not seem to be the least bit disturbed. When the quake was over, the landlord brought in an oil lamp, as there was a power outage. Mr. Shea sat down in a rocking chair, calmly lit his pipe and said, “I experienced worse than that in Valcartier”. He must have been referring to the big earthquake which occurred in 1870. At that time there was no way of measuring its intensity but it was reported to have been quite severe. The 1925 earthquake was felt all through Valcartier. Those who are living today and remember it can tell you what they were doing at the time. In Valcartier when the people went outside the cutter bells could be heard ringing and the animals bellowing in the barn.

Shortly after the 1925 earthquake, this writer had been talking to James Laughren about it and he mentioned the one he remembered as a youngster. He must have been talking about the one in l870. James was a jovial character and he was known to everybody as “Uncle Jim”, and he could always embellish a story. He stated that he was a lad in Tewkesbury, in the fall of the year they had just came into the house for dinner when the quake came on. He stated that he spent his time keeping the pots and kettles from falling off the stove. The stovepipes fell down and smoke filled the kitchen. When they went outside and looked around where they had been plowing that morning on a side hill, all the sods had fallen back into the furrows.