Fox Ranches of the Past 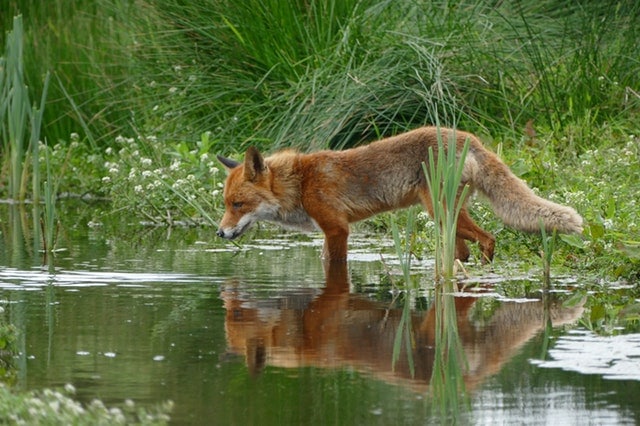 After the First World War there was developed in Europe and the United States a great demand for furs of all kinds. The price increased by leaps and bounds. What was most in demand was silver fox furs as fox scarves for ladies were fast becoming the style. Some good silver fox skins had been sold as a high as $1000. So at the beginning of the early twenties some enter­prising farmers of Valcartier invested in fox-raising. James and Robert Clark of Riviere aux Pins were the pioneers in this adventure of affairs. As the Clarks appeared to be making money others decided to follow suit. Soon there were fox ranches all over the country. This lasted during the twenties and thirties.

I am going to enumerate here some of the people who kept them to give the reader an idea of the trend of the time: on the Fourth Range, James & Temple Clark, Grant Ireland, Upper Henry Roarke, Eddy McLaughlin, Herbert Neil and George & John Atkins. In Riviere aux Pins besides the Messrs. Clark, there were William Neil, George Roarke, Jim Roarke, Martin Murphy, Thomas Davis, Joe McKinley and others. On the Redmond Road, William Smith, Hugh Kack and some others in the Mill Hill. It is questionable if the raisers made anything substantial from raising these animals. In the thirties the demand began to taper off and prices fell so that at the end of WWII there were no longer any fox ranches in Valcartier.

But a lot of farmer’s sons used to make some money trapping wild fur­bearing animals. At our place we used to trap foxes, muskrats, weasels, and the odd mink. We used to sell them to Joe Laliberte, fur dealer in Quebec City.