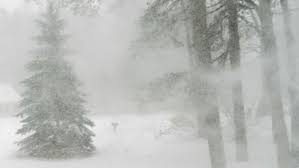 The bitter Quebec winters seem to have taken their toll among the early Irish settlers of St. Catherine’s, unused as they were to such horrible cold, and, in most cases, inadequately clothed as well. Thus, the parish records of St. Augustin de Portneuf reveal that on the 8th of February, 1824, Patrick Fitzpatrick, farmer, husband of Sarah McEvoy, of the new Irish Settlement of Fossambault on the Jacques Cartier river, was buried in the cemetery of that place. He was said to be about thirty-three years of age and was found frozen to death on the morning of February 5th, by William Barry,  Nicholas Parl and Martin, James and John Meehan, with­out  any sign of violence to the body.

In the same year, on December 22nd. the same parish register records the burial of Patrick Coyle, aged 17 years and 9 months , son of John Coyle and Helen Courtnay, of the Establishment of Fossambault, an epileptic, “trouve mort et glee le quinze du courant” on the mill road, without sign of violence.

Then again on December 29th, 1826, Loretteville church records tell of the burial there of Elizabeth Catigan, wife of Dennis Driscoll, aged thirty-two years, of age of the parish of Fossambault, who was found “gele a mort” on the 24th of December.

To this sad list we can perhaps, add the name of John Landrigan son of Andrew  Landrigan and Mary  Lynch of St. Catherines, found dead on the 6th range road “by the visitation of God, yet unknown” as the coroner’s certificate of March 13, 1839, states. We are not told he was frozen to death but as early March can be very cold in this country, it was not unlikely. Incidentally, the place where young Landrigan’s body was found (he was twenty years old) was marked by a wooden cross for some 120 years, the last one having been erected by Mr. John Neville, father of Mike in the 1940’s.

Eddy Conway tells me of a man named Redmond having been found frozen to death in Bob Cussack’s barn on the 8th range sometime in the late 1800’s, but this was long after the pioneer period.