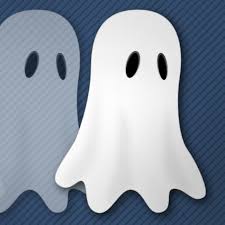 I remember hearing my grandfather Woodlock in conversation with my father saying that he did not believe in ghosts but that sometimes odd things did happen which are difficult to explain and he told a story about one occasion in the l890s when he was hauling hay from the farm in Rushabuc and had as a helper a young fellow who was considered a bit of a  scam and had a poor reputation hereabouts.

As grandpa told it, it was a bright moonlit night in the winter­time and they were traveling homeward along the Gosford Road with two loads of hay and he was on the leading load with the helper following, when he heard  loud shouting and running back found the young fellow lying on his back in the snow on the roadside and trembling and shaking with fear. Grandpa looked around but could see nothing although they were on an open stretch of road without trees or brush to hide anything and as said above it was a bright moonlit night with good visibility all around. Grandpa tried to question the shaken helper but he would not give any information at all and, in fact would not speak except to ask that he be allowed to ride on the leading load for the rest of the trip. They then proceeded home without further incident.

The young fellow was to have stayed at Woodlocks until the hauling had been completed but the next morning at breakfast he asked Grandpa for what was owed him saying that he had to go to Quebec. Grandpa paid him, he left and was never seen in the country again.