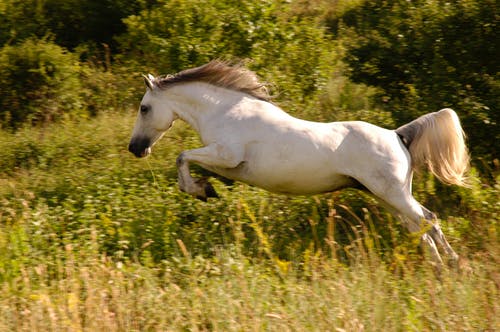 Joe Bowles once told me of a famous horse-race which took place in St. Catherine’s a long time ago between a horse owned by Andrew Dunn and a steed belonging to “Rich” Anthony Maher. A wager of $100 was made and the race took place on a Sunday afternoon, starting at McKenna’s hill (between the Lake turn and Lake St. Joseph) and ending at the ferry over the Jacques Cartier River, where the old Gouin bridge (built 1909) stood. Hundreds of spectators were on hand to view the race and many a hard-earned shilling changed hands. The race was won by Dunn’s horse, Joe said, and a song was written about the event but, unfortunately, it has not come down to us.

Horse racing was also very popular in Valcartier, and in a letter dated October 10th, 1879, Andrew J. Landrigan, Jr., tells great-uncle Dave Woodlock (who was in Wisconsin at that time) of races to be held in Valcartier the following week. I quote: “There is going to be great races in Valcartier next week – county races – they got $200.00 to run for. Mike (grandfather Woodlock) has his horse trained for it and expects to make something good out of it. Except for Joe Shea’s horse, he is afraid of nothing in the county, he says. I suppose there will be a good time at them; if I can, I will be there. Mike is going to write you after the races”.

I also remember the late Frank King telling about his Uncle Maurice King going to races in Stoneham when in his teens and stabling his horse in Alex McKee’s stable. “When the races were over, a disagreement took place and blows were being exchanged all over the place, so Maurice decided that dis­cretion was the better part of valor and headed for home. While he was getting his horse out of McKee’s stable, Mrs. McKee came to the kitchen door and inquired how the races turned out. Maurice told her and added that there was some fighting going on when he left and Mrs. McKee asked if Alex (Red Alex, her son) was in the brawl. Maurice said he was and she said, “Oh, I have no fear, Alex will beat them. However, Maurice didn’t tell her that, when he left the race site, Red Alex had taken on one of the Loughran boys and was having his troubles.