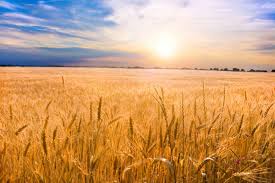 told to J. A. Griffin by Tim Kiley

The above lines from James McCartney’s song, “The Last Excursion” are mindful of a story told me by the late Tim Kiley some years before he died. One summer, when Tim was in his teens, he decided to go and try his luck on the harvest in Western Canada. The difficulty he said, was finding enough money for the trip, as gainful employment was hard to find here at the time, and money was in short supply. However Tim had worked at odd jobs for some summer residents of Lake St. Joseph and had accumulated a few dollars and Tommy Guilfoyle loaned him $20 and with this he felt sure he should be able to pay the excursion fare and provide himself with enough food to get by until he began work. The railway fare to Winnipeg was $15 and 1/2 mile from thereon, Tim said. At Palais Station in Quebec he fell in with Pat Corcoran and Pete Neal from Valcartier and the three proceeded West together. They got to Calgary and hired to work on the harvest near the town of Nanton, south of Calgary, but when they got to Nanton they dis­covered to their dismay that the harvest there would not begin for two weeks yet and they were flat broke by this time. They roamed Nanton and vicinity looking for work of any kind to tide them over but they were un­successful as the town, like Deloraine of the song, was full of hungry men too early for the harvest. Pat Corcoran was fortunate, Tim said, as he struck work digging ditches for a farmer nearby, and in fact, remained in the farmer’s employ and did not join the harvest when it began. In the meanwhile Tim and Pete Neal slept in a straw stack outside the town and subsisted for the most part, on whole grain. Tim said that wheat grain is so hard that it cannot be chewed but that if you stored a quantity of it in your mouth for a while the outer skin of the kernel would soften and this could be eaten. He said he never prayed so fervently as at that time and, on one particularly hungry night in the straw stack, Pete Neal asked Tim to say a prayer for him because, Pete said, he had never learned how to pray; the next day they prowled Nanton again and this time they were lucky as the town barber took pity on them and gave them a good meal. With this and the wheat they managed to survive until the harvest began.