A Tragic Accident – the Drowning of Goodfellow and Cartwright 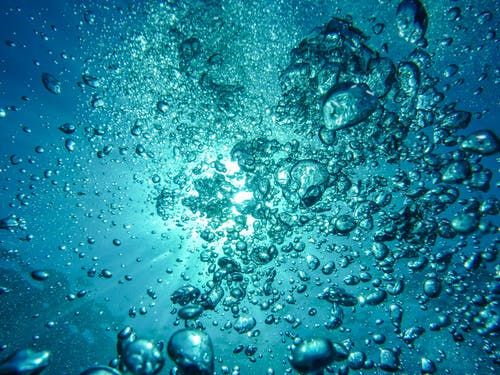 On a bright summer day, in late August 1918, four young men decided to go fishing at Lake Michel, situated on the Northwest side of the Jacques Cartier River. They included Charlie and Alfie Cartwright, sons of the late William Cartwright and Mary Anne Hornby. The Cartwrights lived on the Fifth Concession. The third young man, by the name of Hawkins, not a native of the place but staying at George McNicolls’, was probably a relative who was visiting in Valcartier.

These three young men persuaded Willie Goodfellow, who was thought to be under sixteen at the time and the only son of Thomas Goodfellow and Clara Hornby, to accompany them on the fishing trip. Young Goodfellow’s parents, before leaving for Loretteville that day, had counseled their son not to go fishing with his friends; but after their departure that morning he seems to have yielded to the pressure of his peers and went along with them.

They walked up the Fifth Concession Road, carrying their fishing-gear and lunch and Charlie was toting a rifle which he had borrowed from Benjamin McNicoll. As wild animals were plentiful at the time, it is surmised the firearm was brought along in case they should run into bears.

Michael Corrigan remembers seeing them walking along the road. It seems they decided to cross the Jacques Cartier River on Fred Kack’s property at a place where there was an old leaky boat moored. A crossing could normally be made at this point provided the boatsmen were familiar with the different currents of the river. Charlie, Alfie and Willie decided to cross first, with the intention of Charlie coming back for Hawkins, but the old boat soon filled with water and the occupants not being familiar with the various currents of the river, sank to the bottom.

The Cartwrights were capital swimmers and Alfie soon swam to safety while Charlie tried to rescue young Goodfellow. But unfortunately the drowning victim took a strangle hold on Cartwright and they both were drowned.

At this time Michael Corrigan and his father Lawrence and brother John were turning hay nearby. As soon as Lawrence heard the cries of the survivors, he rushed to the scene of the tragedy. When the Corrigan boys arrived shortly after, they found that Mary Jane Cassin (Brennan) who lived nearby had also rushed to the river, but nothing could be done. This accident happened between 10:00 and 11:00 A. M.

The bodies were recovered later that afternoon by Lawrence Corrigan and Hugh Kack. Andrew Brown drove up to the accident site with his horse and express and brought their bodies to their respective homes.

As the water in the river was low at the time, it is ironical that if they had gone a little further upstream they could have easily waded across. Ben McNicoll eventually recovered his rifle which had sunk to the bottom of the river with the boat.

When William Goodfellow, uncle of Willie, who owned a car at the time, heard the sad news he decided to drive to Loretteville in search of the victim’s parents. It is uncertain if the car was driven by William or his son Wilfred. At any rate his parents were found in Charles Buller’s Dry Goods store where they had just purchased a new suit of clothes with long trousers for Willie. (At that time it was the custom for boys to wear short pants until they were fully grown). Little did they think they were buying his funeral shroud.

The funerals of both
boys were held on a Sunday afternoon, at the same hour, Most of the neighbors
felt they should have bad the burials at different hours because when the
funeral cortege arrived n Valcartier Village, some went to the Presbyterian
Church where Goodfellow was buried, while others went to the Anglican Church to
attend the service for Cartwright. If the burials had been held at different
hours their friends would have been able to attend both funerals.

At this writing in 1988, the Goodfellow and Cartwright properties are occupied by Willis Montgomery, while Melvin Montgomery owns the George McNicoll property.

Willie Goodfellow, besides his parents, was survived by his four sisters, Frances, Cassie, Mamie and Bell.

Charlie Cartwright was survived by his widowed mother, his sister Margaret, and his brothers Joe, Alfie, Willy, Allie and Benny.

The writer is deeply indebted to Michael Corrigan who contributed most of the information for this story.